A pair of red, Team Canada Olympic mittens and a hug is all that Sarida Muslow remembers about the day she first met fellow University of North Texas student Natalie Jakopin.

It was January and had recently snowed. The drive into campus was cold and icy, and Sarida was jet-lagged from her plane ride from Israel. But there was Jakopin, essentially a stranger, wearing those red mittens made famous by her native country and patiently waiting to greet a new swim teammate with a hug. They didn’t know it at the time, but that gesture nearly eight years ago would start a friendship that would last long after their final swim meet – and through their next athletic conquest: the TCS New York City Marathon this November.

Now, rather than trying to win a race, the women are helping win the fight against cancer. In particular, they’re running for Muslow’s aunt, who was recently diagnosed with Glioblastoma, an aggressive form of brain cancer.

“Running has always cleared my mind, so when my aunt was diagnosed I went for a long walk and I said to myself, you know what, let’s try running again,” said Muslow, who lives in New York City. “I said to myself, I know the person I can call four months before the race and she’ll agree to it.”

Their run will help raise money for cancer research, and it will honor the many individuals in their lives who are still fighting the disease, have survived cancer or who have lost a loved one. Their goal is to raise at least $7,000 to support brain cancer research at Memorial Sloan Kettering Cancer Center. 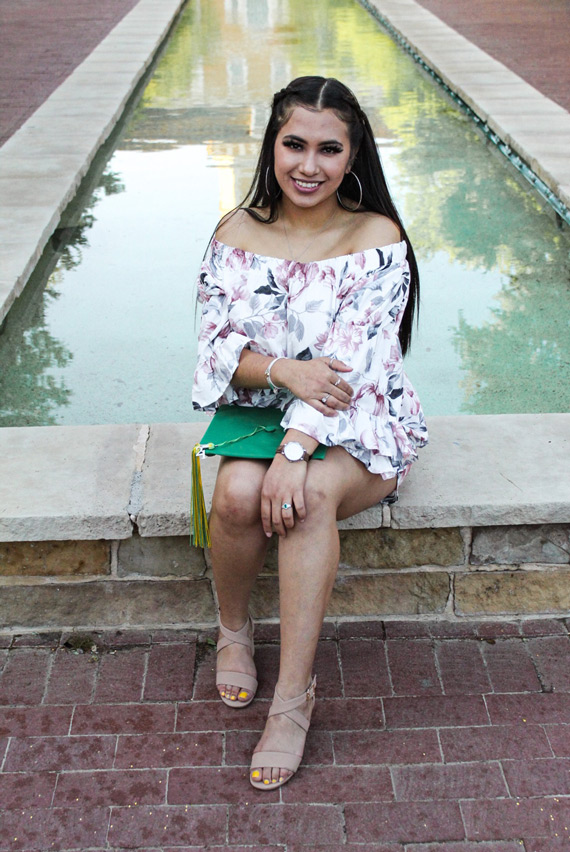 “My uncle was a big inspiration for me,” said Jakopin, a marketing alumna. “He found out he had thyroid cancer and completely changed his lifestyle habits.”

Among the changes, he began to run. After the cancer went into remission, he invited Jakopin to a 24-hour run in Ontario.

“I was able to complete 80 kilometers and raise $10,000 for the Hospital for Sick Children here in Toronto,” she said. “That was the start of me running, but I found that it’s not really about the run. It’s more about the journey and giving back to a cause.”

Jakopin and Muslow, an accounting alumna, are signed up for Fred’s Team, in recognition of Fred Lebow – a runner who helped found the New York City Marathon in 1970 before passing away from brain cancer in 1992, the year of his last run.

“‘You can always make more money, but you can’t buy time,’” said Jakopin, quoting Marcia Staff, a breast cancer survivor and UNT professor who taught both women when they were students. “That’s something I always think about because it’s so true. Sarida reminded me that these special moments you have in life, that’s what you’re taking to the grave. This run really encompasses that. Our plan is to run side-by-side from start-to-finish because the way we see it, life isn’t a sprint, it’s a marathon.”