Looking for the UNT Mobile app?

UNT’s full university experience with in-person classes and exciting events is returning this fall. We can’t wait to welcome you home.

We're here for you.

UNT is more than a university. It’s your home away from home. Here, you are surrounded by supportive faculty and staff who inspire you, support you and help you succeed in your studies and in your career. From the current students we know and love, to the future students we can’t wait to meet, We Are the Mean Green Family.

Orientation is a time for you to learn about campus resources, receive academic advising in preparation for registering for classes and learn about UNT's traditions! Summer Orientation virtual and in-person sessions are filling up fast, so register today to secure your spot!

How to register for orientation
https://www.unt.edu/sites/default/files/16_327_eaglestudy010b_primary.jpg

Thinking of transferring?
Join us for a virtual Transfer Debut!

Chat with Admissions Counselors, Academic Advisors, College Recruiters and student representatives to get all of your UNT questions answered! Don't forget to join us for virtual campus tours with Eagle Ambassadors as well.

UNT offers more choices for how and where to study. Advanced degree courses are offered at three locations across the North Texas region, as well as online. Move your career forward now with our top-ranked traditional and online programs.

See for yourself!
Sign up for a tour to see our beautiful campus

See videos of campus hot spots, explore virtually with interactive maps or sign up for a walking tour.

With 109 bachelor's, 94 master's and 36 doctoral degrees, it's no wonder UNT is the leading university in the North Texas region.

Search our majors, degrees and programs...

Explore our 14 Colleges and Schools

Schedule a Tour of our beautiful campus

In partnership with the City of Frisco, the University of North Texas is developing a 100-acre site known as the Frisco branch campus. This new campus, an extension of UNT’s campus in Denton and the current Frisco campuses, will expand educational opportunities in the North Texas region now and into the future, giving students the convenience of multiple campuses, in person and online courses. Initial construction work on the new branch campus has begun and is anticipated to open with 27 undergraduate and master’s level degree programs.

"I was so happy to be face to face with an incoming orientation session today! Class of '22, '23, '24 transfers, welcome to the #MeanGreen family."

University of North Texas Art History Professor Nada Shabout has received the Kuwait Prize for Arts and Literature from the Kuwait Foundation for the Advancement of Sciences.

The Kuwait Prize, known regionally as the “Arab Nobel Prize,” recognizes the lifetime achievements of Arab researchers. Scholars are named each year in four categories — basic sciences, applied sciences, economics and social sciences, and arts and literature — and every three years in Arabic and Islamic scientific heritage. 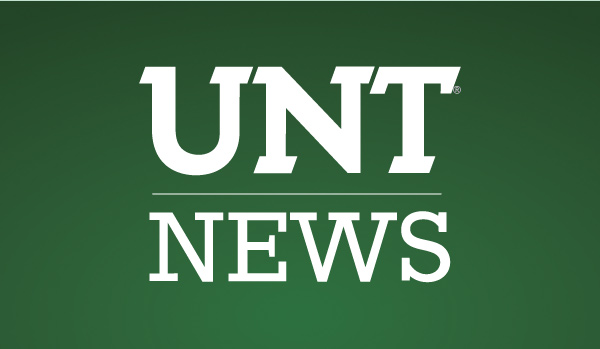 Two University of North Texas engineering professors are working to make roads safer and maintaining them more environmentally-friendly with their research.

Maurizio Manzo and Zhenhua Huang, researchers in UNT’s Department of Mechanical Engineering, are using a grant from the Texas Department of Transportation's Research and Implementation Division to solve a common problem that affects safety on the roads – road striping. Changing the yellow or white lines is not a simple task for highway departments.

Making food more nutritious for animals and better for the planet

A University of North Texas College of Science professor has moved researchers across the globe closer to understanding how to make condensed tannins in forage crops such as alfalfa, not only making food more nutritious for animals, but potentially improving food supply and limiting global warming.

To support the increasing demands of advanced computing in scientific research, the University of North Texas System and the University of Texas at Austin’s Texas Advanced Computing Center have signed a memorandum of understanding to provide access to enhanced cyberinfrastructure resources for UNT researchers.

Learn why we're a top buy

Best College Town in the nation according to 247WallSt.com